Day 3. October 1st, 2019.
Ruins of Fukuoka Castle, Fukuoka.
.
This castle is actually the ruins castle of Fukuoka. It is scattered around Maizuru Park and I can only observe those gates, guard towers and royal gardens that are still available for this castle.

The castle was built by Kuroda Nagamasa, who was the appointed lord of the Chikuzen feudal domain (part of the Fukuoka prefecture). He was appointed as a reward for his support toward Tokugawa Ieyasu during the battle of Sekigahara. Fukuoka Castle, in its glory days, was used to be one of the best castles.
[Source: Japan National Tourism Organization]

To get here, I had to take the train, of course.
(It’s the major transportation here in Japan. They have the most extensive network of train lines running both within and between Japan’s cities. You can travel anywhere with ease, faster, and cheaper. Plus, most of the attractions are located near to the train stations. 🙂)
.
This castle is located at the Oharikoen Station. It can be seen right next to the Subway exit. I did some calculations earlier, and I think purchasing a 1-day ticket pass is way cheaper. I just have to spend JPY 640 on transportation, and I can get an unlimited ride for a day. 😎

The best time to visit the castle ruins is usually between late March and early April, when Maizuru Park turns into the city’s most pleasant spot for cherry blossom viewing. A number of walking paths are lined with cherry trees, so that visitors can walk through a tunnel of flowers, and there are also plenty of lawned areas for holding hanami parties under the blossoms.
[Source: Japan Guide]

Based on the map given (There were maps all over this place), I have to walk one round to complete the entire castle, but I’ve decided to walk to only one gate and went into the park instead.
I was there till noon. It was more like photo taking and resting instead of strolling around the park. I didn’t manage to complete the place as the weather was SUPER HOT!
.
Have I mentioned that this trip was taken during Summer? 🤨
I’ve experienced Summer in Japan, previously. The first trip was okay. One day, it was raining the whole day (With thunder and storm). The other day, it was sunny and windy. I don’t mind about the conflicted weather at all. It was all good for me.
.
However, this second Summer trip, oh my God!
It was hot and dry. It was raining for a few days but more to drizzle and it was not windy at all. I know I was sweating and my hair was a mess. It must be due to the exchange of Summer to Autumn (Since it was early October), I think.
.
P/S: The main reason was that the flight ticket is so cheap! 🤩

This is probably the highlight of this trip. Sushi! 🥰
I love to eat Sushi. If I traveled to Japan, I would definitely go to one of their restaurants to eat their version of Sushi. The taste wouldn’t be the same, guys. It’s different! Most of them are delicious to compare to the one that I’ve always eaten back in my country, Malaysia.
However, this one is SUPER DUPER DELICIOUS!
Like, seriously!
.
I was trying to be calculative at first. I’ve only ordered 5 different sorts of Sushi.
Why? A piece of Sushi is already JPY 300, which is quite expensive. 😂
Unfortunately, a piece of Bluefin Tuna has changed my mind!
(And affected my budget as well.)
It was so delicious that I didn’t realize there were tears in my eyes and I’ve started crying.
(Yes, I know. That was so dramatic.)
This is the truth. It was like that piece of raw Tuna was just bought from the wet market next door. LOL.
.
By the way, I’ve ordered another 2 pieces of Bluefin Tuna. 🙈 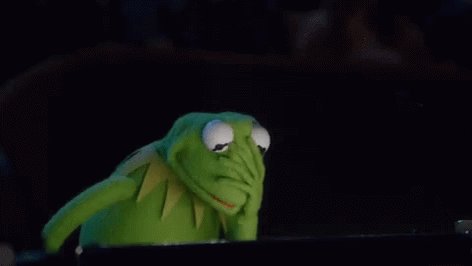